Josefstadt has over 40 hair salons. Most of them are relatively new, but some have been around for decades. We visited three of them and spoke to the owners..

Christine Endres receives her clients in one of Josefstadt’s oldest existing salons, established by her greatuncle Martin in 1912. Parts of the original interior, designed by none other than Adolf Loos, have been preserved – just like the salon’s unique booths with side curtains for added privacy, which have proved very popular during Covid.

When Martin Endres died in the first airraid on Vienna in 1944, Christine’s parents took over the salon, defying bombs and power outages in the final months of the war. After her apprenticeship in the 1960s she followed in their footsteps. Notable former clients of the salon include Austria’s first minister of science Hertha Firnberg and author Milo Dor. Christine Endres still makes house calls today – mostly to regular clients who find it hard to come to the salon in winter. She is content with how things are going: ‘It’s flowing along nicely. What more can you ask?’

Werner Jost, born in 1939, became a hairdresser after helping out at his stepfather’s salon as a kid. From Salzburg he went to Paris where he worked with the famous Carita sisters, creators of iconic looks such as Brigitte Bardot’s ponytail. A few years later he moved to Vienna and worked at the salon of hairdressing world champion Louise Rick. Clients included stars like Senta Berger or Oskar Werner – and even Romy Schneider would occasionally drop by.

In 1967, he opened his own salon and became known as a celebrity hairstylist. Leading brands like Wella hired him for hairdressing shows that took him around the world. With the money he made there he opened a new salon, a ‘swanky place’ (his words) with many mirrors. In 1982, Werner Jost got married. He had known his future wife for many years: He had done her hair for her high-school graduation, her university graduation and her first wedding. After her divorce, they met again and married soon afterwards. She died earlier this year. The 83-year-old still comes by almost every day to look after his clients and make sure that ‘everything’s fine.’

Andreas Manfred Wurzel’s hair salon was founded by his father Fred who came to Vienna as a little boy in 1945. Fred’s father was a make-up artist for a film production company but little Fred didn’t like the ladies on set showering him with kisses all the time and decided to become a hairdresser instead. In 1964, he opened his own salon in Kochgasse. Even as a young boy, Andreas Manfred Wurzel loved to come to the salon and help take out the curlers. Business was very good until it began to slow down in the mid-1990s.

Today, young people only get their hair cut once or twice a year and there are no hairstyles anymore, he says wistfully. He and his father had thought about refurbishing the salon but found it was already giving off a certain retro vibe and left everything as it was. Since his father’s death in 2020, Andreas Manfred Wurzel has been working on his own. After hours, he also makes house calls to regular clients – because not all of them are as mobile as Mrs. Frigo, who is currently sitting under the dryer in the next room. She has been coming to the salon all the way from Grinzing every week – for 62 years. 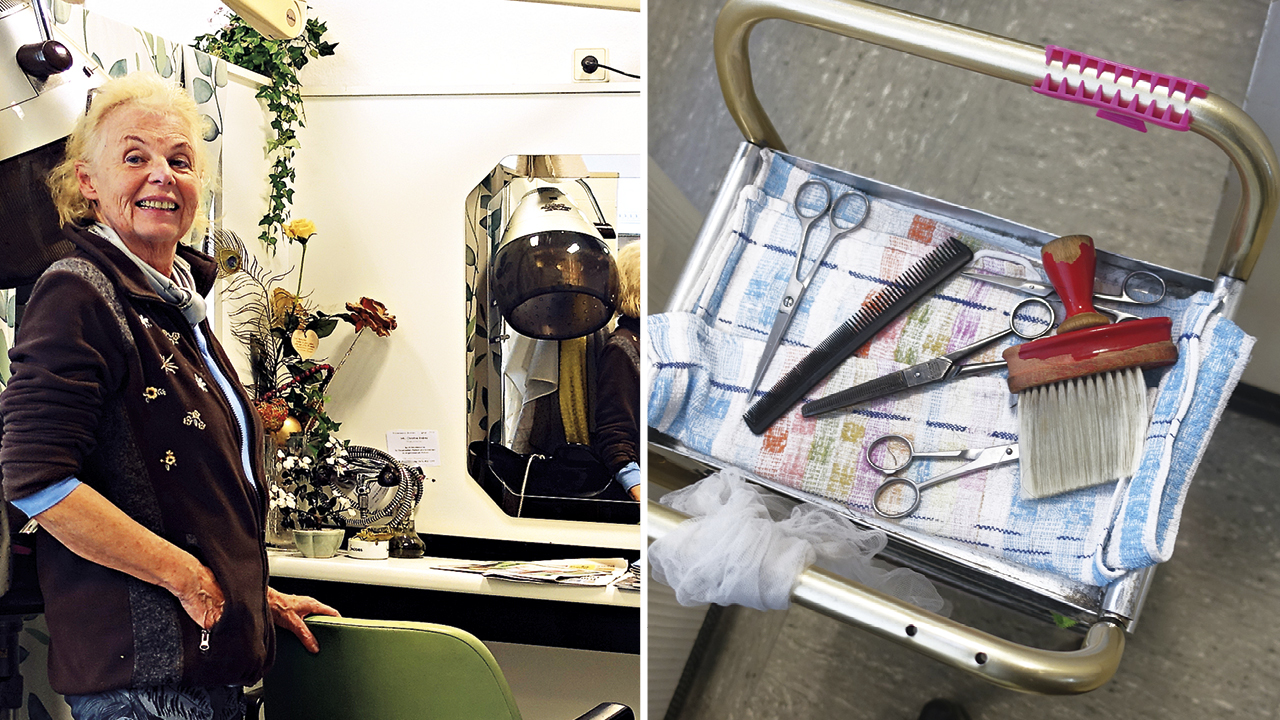