‘I won´t save the world’

While this may be true, Deborah Sengl’s eye-opening art may still be helping to make the world a better place.

Born and bred in the Josefstadt, Deborah Sengl is one of Austria’s most successful artists. In her recent project ‘Escape!’ she used the popular format of escape rooms to convey a tangible experience of flight and migration and the emotional toll it takes on refugees. Was this intervention intended for a broader audience? ‘Yes, though it didn’t attract the mass audience we would have liked to reach so as to encourage people to reassess their views. I won’t save the world. Let’s be real: We know that people tend to stay in their own bubble. Those who came were predominantly those who had already thought about the issue.’

Her next project will start in May: ‘Poverty Escape’ is also built around an escape-room experience and focuses on child poverty. ‘I didn’t know that one in five children in Austria is threatened by poverty. It is important to show how crazy our society is and what still needs to be done. I think interdisciplinary collaboration is the best approach to raise awareness of such a vital issue.’

Both Deborah Sengl and her parents are known for their distinctive style. ‘I don’t really care about fashion. When I was in school, labels were a big thing but I soon developed my own boyish look. I don’t like being part of a crowd. People tend to always want to belong somewhere.’ This is also a central theme of her art. ‘Yes: disguise and deceive. Everybody is always trying to play a role.’

Josefstadt locals will remember Sengl’s ‘Zebra Tigress’ on a wall in Tigerpark as part of Victoria Coeln’s project ‘Vienna Rays of Hope’: ‘It was the logical choice for that location. The Zebra Tigress embodies both the victim and the perpetrator and it tied in perfectly with last year’s overall theme of human rights.’ Other hybrid creatures included her Rat Dove/Dove Rat. ‘Doves are symbols of peace while rats are often associated with dirt and disease. However, they are very smart and fascinating animals.’ 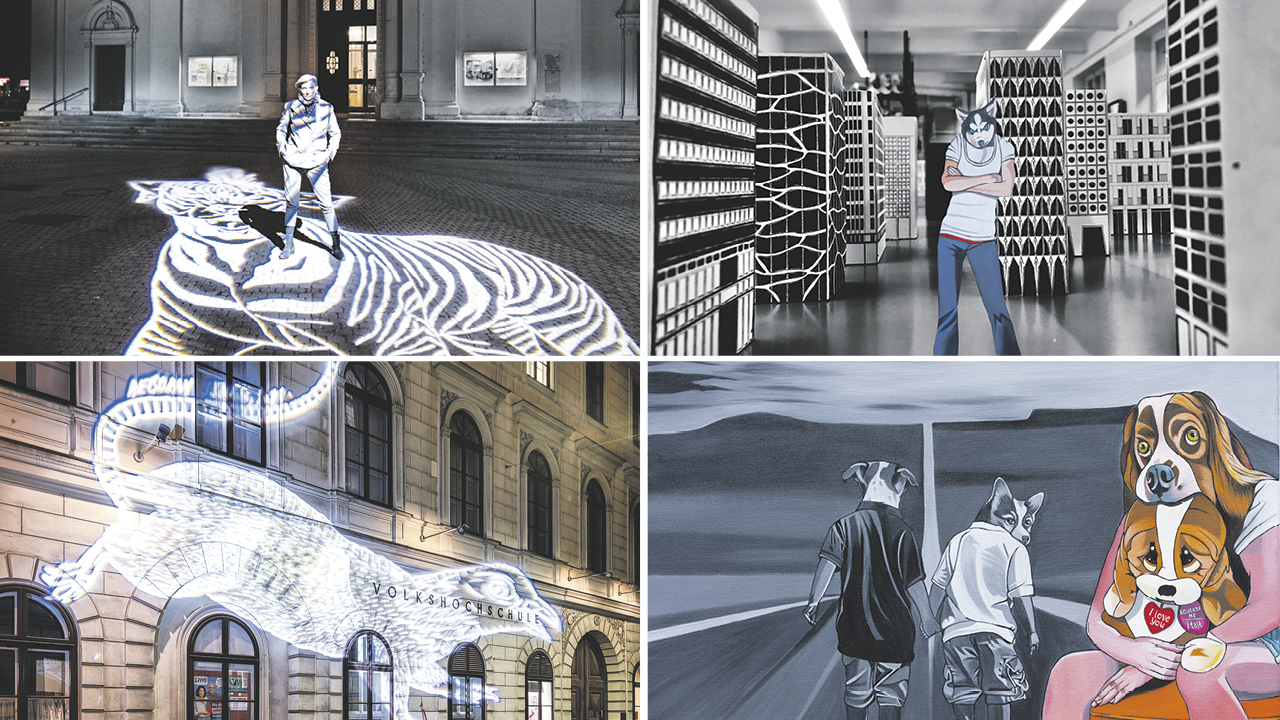 Rats also played a role in Deborah Sengl’s adaptation of Karl Kraus’s ‘The Last Days of Mankind’ which she restaged with 200 taxidermied white rats. Has she ever run into trouble with animal rights activists? ‘Not really. The only time it got really bad was when the Catholic Society of Saint Pius X came after me because of a work from my “Via Dolorosa” series where I used a crucified chicken to address the suffering of animals in food production. Which was also clear from the inscription that read KFC and not INRI. I like using animals in my works because they were alive once – something of that remains and helps to tell the story differently. Art can say many things you might otherwise shy away from. I don’t like the over-intellectualisation of art – I prefer a low-threshold approach. Art can make things more tangible.’

Lockdown or not, art in public space can be enjoyed at all times.